This story happened before the 1st Revival of Nemesis (see History). First there was only one tape. The QIC-150 tape where Snake backuped the the whole World of Nemesis, when it was stopped at the Technical University of Munich (TUM) in 1994 (again: see History).

First there was the problem how Snake could read the now old QIC-150 tape. This technology was not very state of the art.

See why it took him a while to wire that ;-) 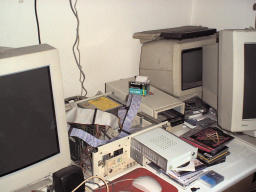 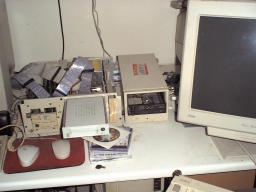 The tapedrive - builtin to an external SCSI case:

Ok, now Snake was able to read the old cartridge. For years Snake thought this is THE tape ... 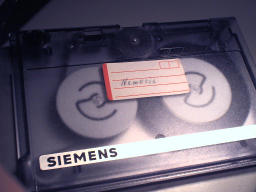 After a half hour search he found this tape: 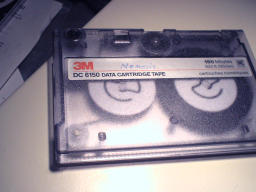 Two tapes - both labeled "Nemesis"! Here the two tapes - the false one and the right one: 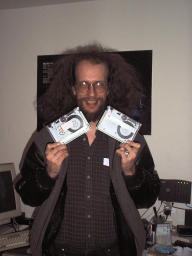 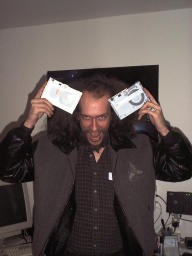 Err, which one was the right one?